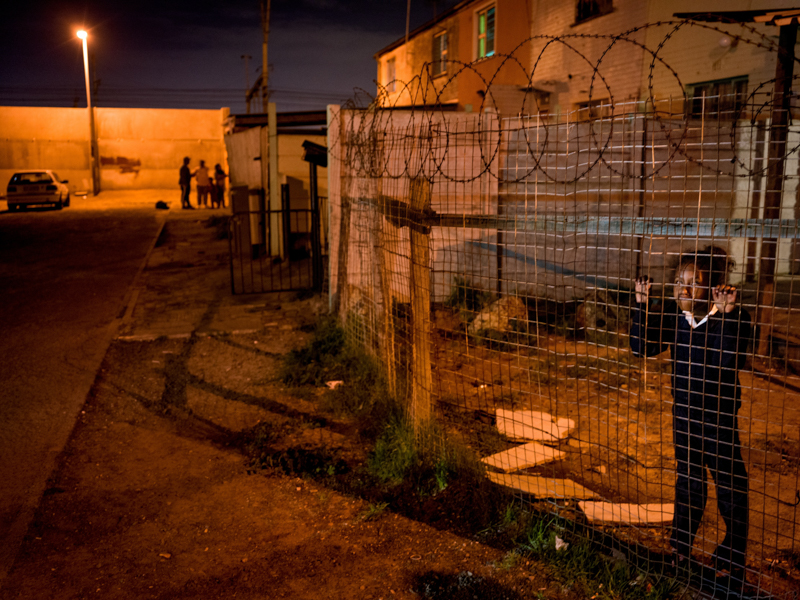 “Caught in a land of gangs, drugs and extreme inequality”

As the police search a young man from her house, a young girl comes out to watch the turmoil.

South Africa's second largest city is plagued by crime and drugs. Twenty-five years after the fall of apartheid, the country has set a number one world record in inequality, and Cape Town has become one of the most dangerous cities in the world with raging gang-wars in the neglected townships.

Here, unemployment between 30 and 50 percent, drug abuse is widespread, and the areas are ruled by rival gangs with names such as Americans, Sexy Boys, Hard Livings, Mongrels and Junky Funky Kids.