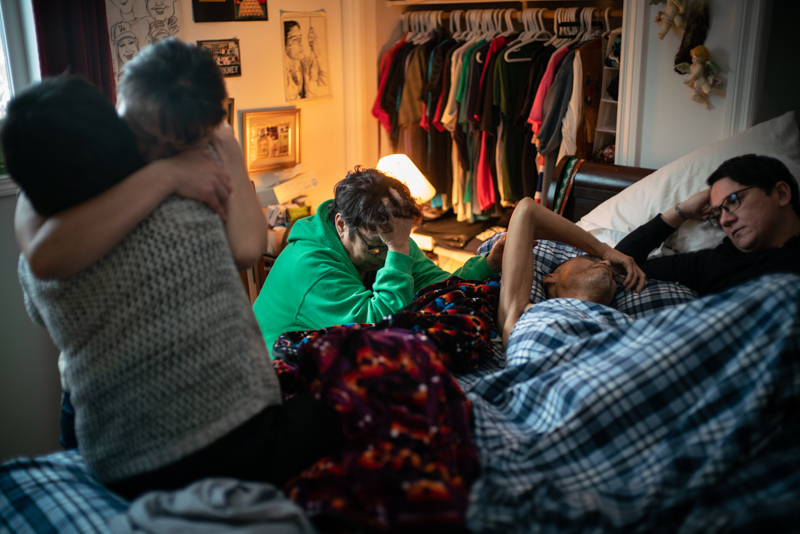 Warren John Simpson (second from right) is surrounded by friends and family as he copes with a rare form of bile duct cancer known as cholangiocarcinoma, at his home, in Fort Chipewyan AB. Cholangiocarcinoma typically impacts 1/100,000 people annually. Warren's was the sixth case in Fort Chipewyan in 15 years, a community of 1,200 people. Warren died of his illness a few hours after this photo was taken.