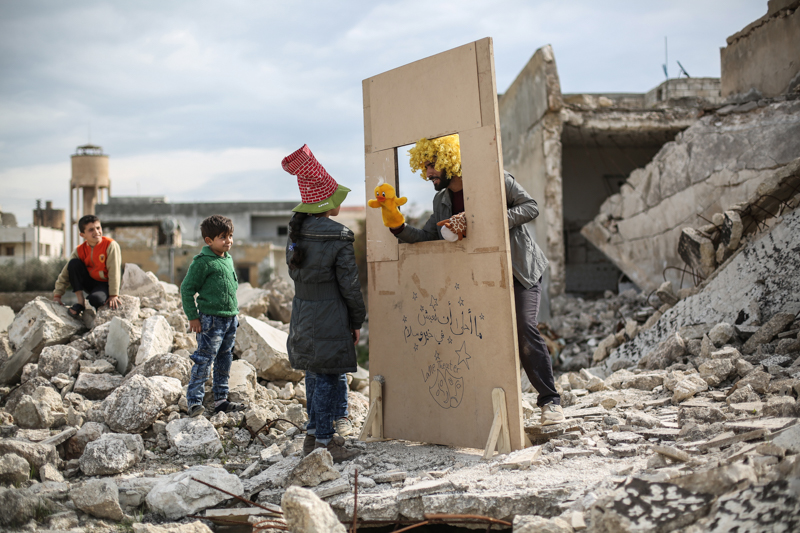 Puppeteer Walid Rashed performs a puppet act for Syrian children, in the midst of the rubble of damaged buildings, to mark the World Theatre Day as part of his tour of Saraqib in the rebel-held province of Idlib. Since 2013, theatre artist Walid Rashed has been touring refugee camps and devastated neighbourhoods to perform puppet acts and shadow play for Syrian children.