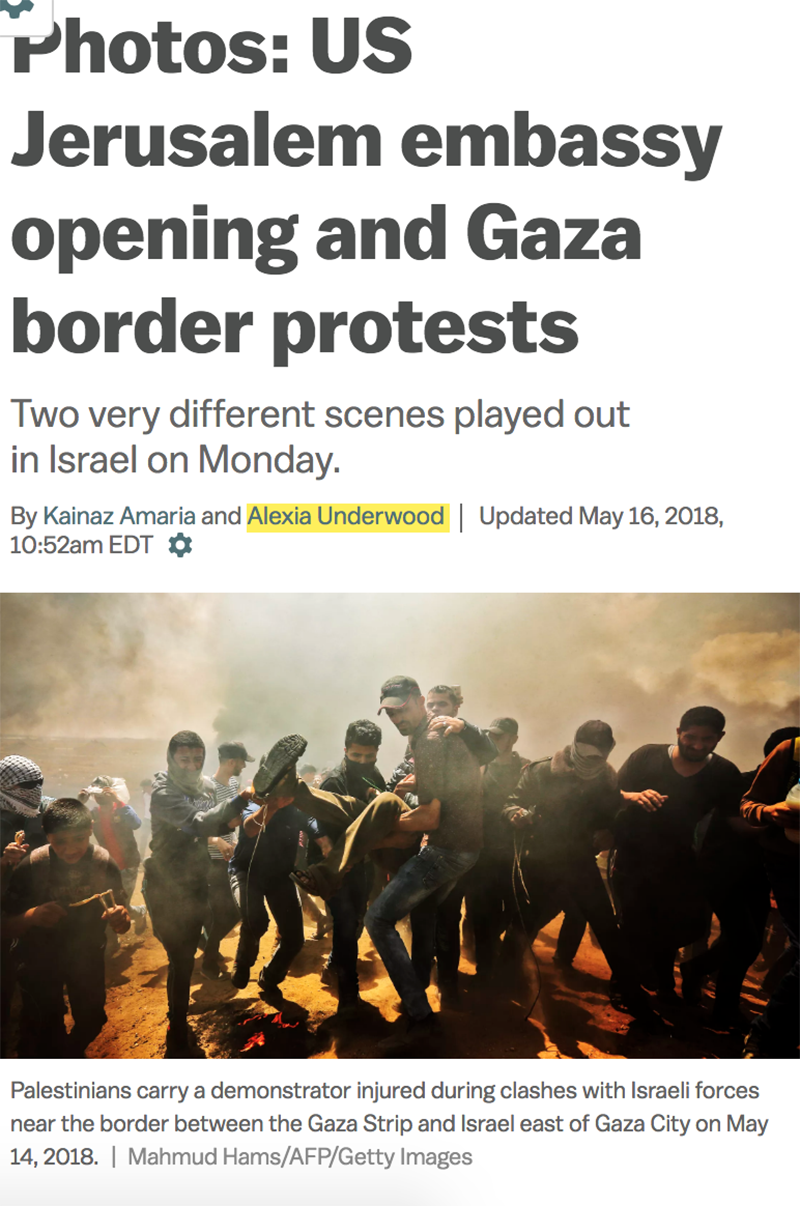 On Monday, May 14, Israelis and Americans celebrated the opening of a new US Embassy in Jerusalem.

The festive event had a guest list that was 800 people long and included a televised speech by President Donald Trump. “The United States will always be a great friend of Israel and a partner in the cause of freedom and peace,” he said. Israeli Prime Minister Benjamin Netanyahu also gave a speech, declaring that it was a “great day.”

At the same time, less than 60 miles away, Israeli soldiers were firing on Palestinian protesters at the Gaza border. As of Tuesday morning, they had killed more than 60 people and wounded thousands of others. Many of the protesters were unarmed, though some hurled rocks and Molotov cocktails. The Israeli military also said they shot dead three protesters who were attempting to detonate a bomb.