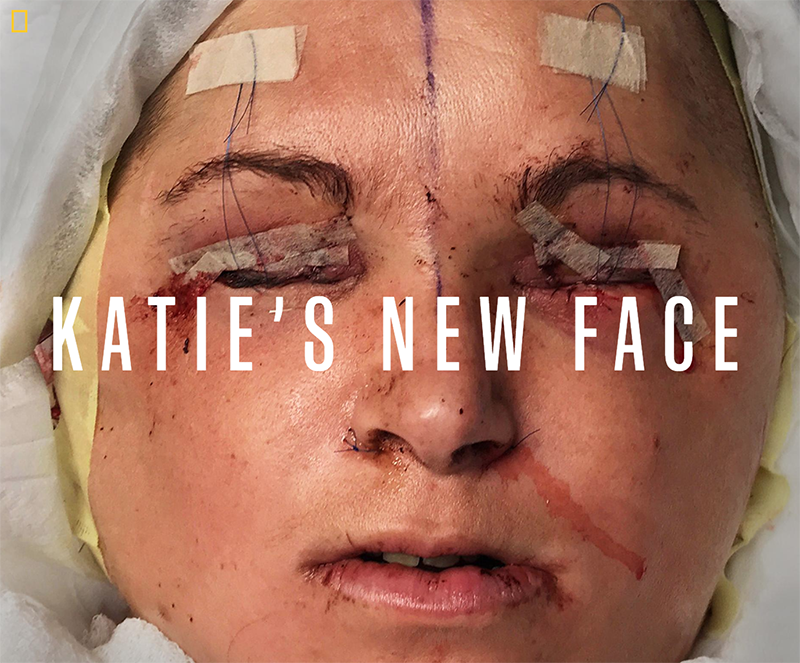 This story is difficult to look at. Yet we are asking you to go on the remarkable journey of how a young woman received a face transplant because it reveals something profound about our humanity. Katie Stubblefield lost her face when she was 18. When she was 21, doctors at the Cleveland Clinic in Ohio gave her a new one.