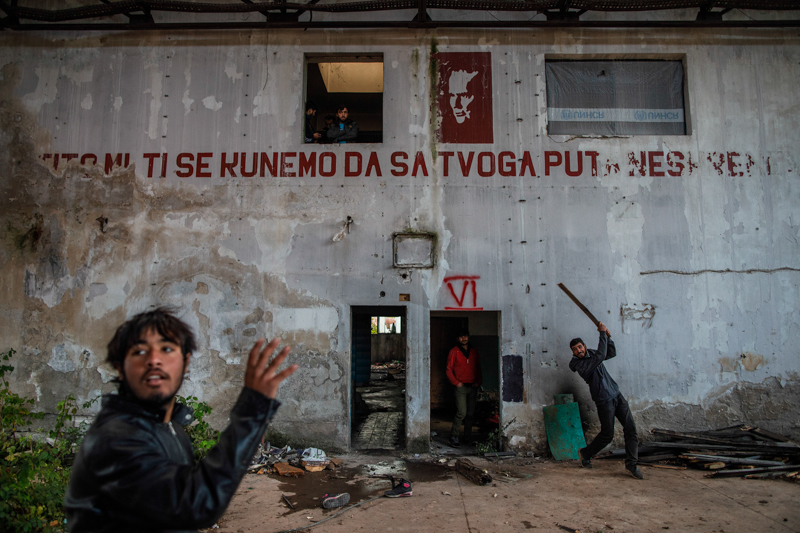 Under a portrait of ex-Yugoslavia leader Marshall Tito, migrants from Afghanistan and Pakistan play cricket, November 3, 2019. Stranded in Bihac, near the border with Croatia, a group of migrants found a shelter in a former, now destroyed, socialist metal factory. They are some of many thousands migrants who are trying to reach their final destination in EU but Croatian police is preventing them from crossing, often violating their rights, beating them and confiscating belongings. Now, migrants live in miserable conditions in camps run by aid agencies or in squats and unofficial camps lacking all the infrastructure. Their only chance is what they call the Game - attempt to illegally cross over the mountains and rivers, into EU. Many give up tired or injured, or die. Others are pushed back to Bosnia to try again.