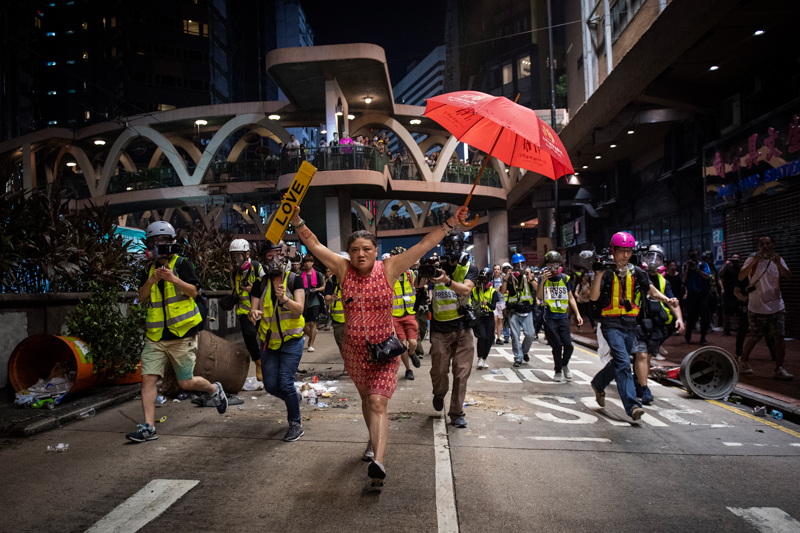 A woman holds up an umbrella and license plates, one that reads 'love', during violent protests between riot police and demonstrators in the Causeway Bay district of Hong Kong on October 1, 2019, as the city observes the National Day holiday to mark the 70th anniversary of communist China's founding Strife-torn Hong Kong on October 1 marked the 70th anniversary of communist China's founding with defiant "Day of Grief" protests and fresh clashes with police as pro-democracy activists ignored a ban and took to the streets across the city.