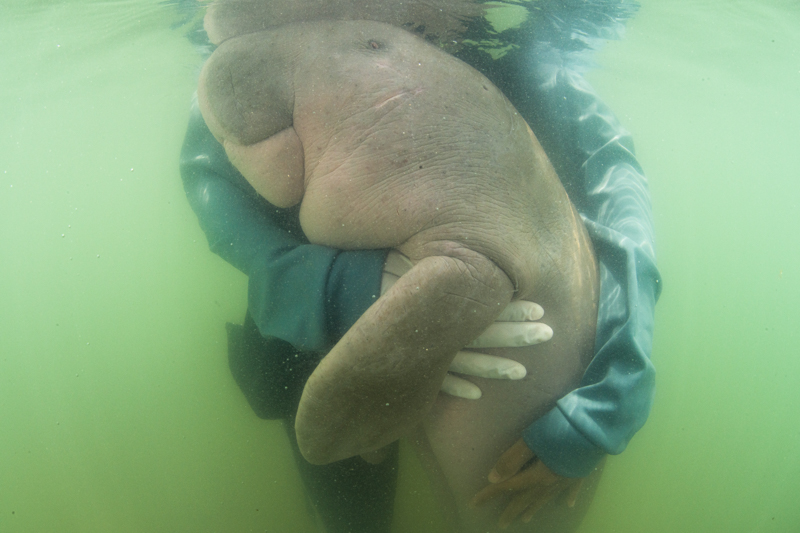 Marium, the orphaned baby Dugong (Dugong dugon) that was rescued from stranding embraces a veterinarian from the Department of Marine and Coastal Resources, while being rehabilitated in the natural environment under cares from marine mammal experts, before dying from plastic ingestion four months later. The photo was taken at Dugong Bay, a small bay with healthy seagrass bed at Koh Libong Island, Trang province, Thailand on May 24, 2019.

While being rehabilitated, Marium showed promising signs of recovery, forming close bond with its caretakers and later gained widespread affection from the general publics, and her subsequent death helped driving major public movement and policies against single-use plastic products in Thailand and also strengthening of dugong conservation and management strategy in Thai waters.