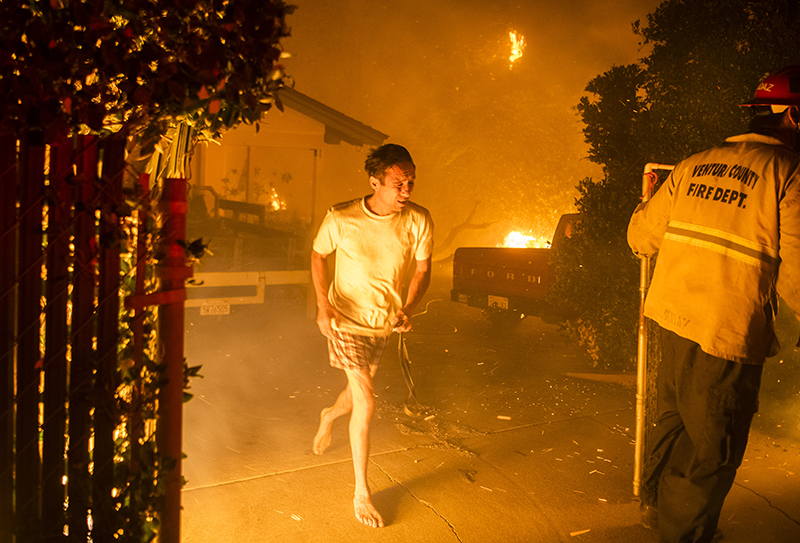 Masao Barrows evacuates his home in his pajamas on Quinta Visa Dr and E Hillcrest Rd. in Thousand Oaks, Calif., early Friday morning Nov. 9 as the Woolsey Fire burns to the 101 freeway. Residents were awoken in the middle of the night by mandatory evacuations as dozens of homes were destroyed in a Santa Ana wind fueled firestorm that eventually burned into Malibu and to the Pacific Ocean hours later. The home survived with moderate smoke and fire damage, and Barrow's truck was also damaged and his tool shed was destroyed.

The Woolsey Fire burns in Thousand Oaks and Simi Valley early Thursday. The Santa Ana Wind driven fire was destroying upscale homes in was 0 percent contained and estimated at over 7,000 acres. It eventually destroyed over 1,000 and burned nearly 100,000 acres, the largest recorded wildfire in Los Angeles County history.