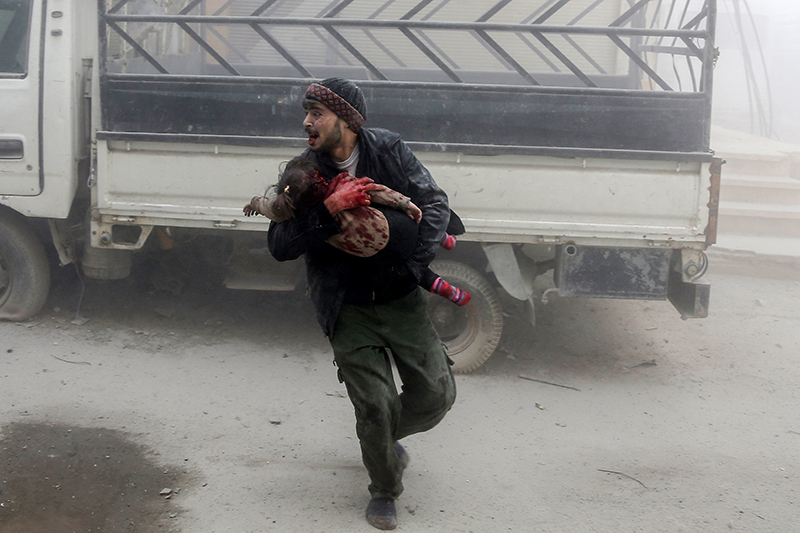 A man carries a child as he flees from reported Syrian air force strikes that hit the rebel-held town of Saqba, in the besieged Eastern Ghouta region on the outskirts of the capital Damascus, on Feb. 6, 2018.