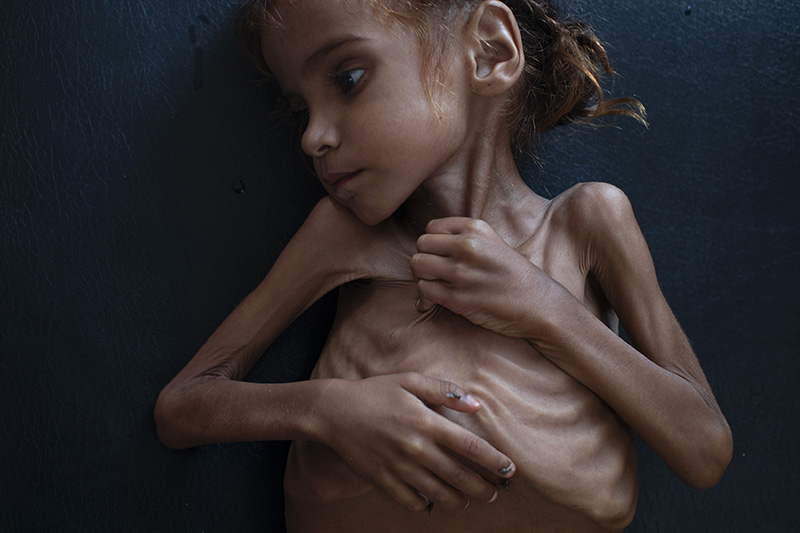 Amal Hussain, 7, who suffered from severe acute malnutrition, on Oct. 18, 2018. She was displaced with her family from Saada, at a UNICEF-run mobile clinic in Aslam, Yemen, and died on Oct. 26, three days after she was discharged from the hospital.